Are you made to feel guilty by others? 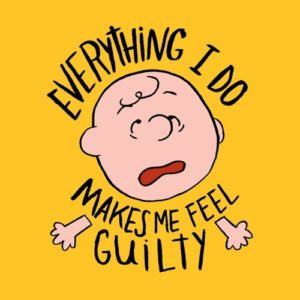 Are you riding on someone else’s guilt? Each one of us should ask this question to ourselves. We can see many people leading safe lifestyle just by making other person feel guilty all the time and do things, which they do not want to. Inducing guilt is a form of psychological manipulation. Such people are emotional manipulators and they use fake empathy as a tool.

Some of you might feel guilty for not calling back the person who called on your cell phone during your busy hours. Sometimes for spending too much time on social media. You might feel that you are not a good friend because you are unable to spend enough time. All these kinds of guiltiness come from procrastination. Even though you want to do those things, you keep delaying them for various reasons.

I feel that guilty conscious starts from basic household maintenance for many people. In the current fast life style, everyone should share responsibilities at home. If the homemaker wakes up bit late than normal, that leads to delay in morning works, kids missing the school bus, elders missing office cab, kind of situations are common around us. However, I do not think we give much importance to the after effect of that particular situation. The homemaker feels guilty whole day for getting up late even though did nothing wrong here.

Guilt prevails more in close relationships than with outsiders. There are parents who blame children for everything. When parents feel financial insecurity they start saying that, they spent all their lifetime savings on children’s education but children are not earning enough. This puts huge guilt pressure on youngsters these days. Growing unemployment and societal pressures along with their guilt feel drives young minds into antisocial behaviours. When the same guilt becomes unattended, they leave somewhere or try to end their life in worst scenarios. At times people feel extreme guilt when they continuously hear that they did not satisfy any wishes of the family people. Men are going through more of this type of guilt than women are. This is due to improper work life balance and unsupportive social setup.

There are people around, who will show anger just to make others feel guilty instead of accepting their own mistakes. Such people find difficulties in understanding the fact that no-one can become superior by making others feel inferior. How you make others feel around you tells about your personality. If you feel that you are unable to do anything right even after putting lot of hard and smart work then it’s time to understand that you are being guilt tripped. Some people compare whatever you do with others. This is another method to make you feel low and useless about your self-values. If such people surround you, it is time to move away from them.

Many of us do not know how to say NO in workplace. You fear that saying NO may flag you as low performing employee. At work place, inferior feeling leaders manipulate employees as per their personal benefits. Such people always create stress for teammates out of nothing. You should be careful when you have such leaders, as they will never let you succeed. When you have talent and skill on a particular technology, it is not necessary that you should like that profession. Many people choose job just because all are saying that he/she is good at that technology. Such conflicting situations in life creates lot of guilt feel and leads to depression and anxiety.

You should tell the person that even if you are doing what they expect, you feel hurt by the induced guilt. If this is not communicated on time and you let the guilt accumulate, that will increase the drift in the relationship. Emotional manipulators should be identified as soon as possible and you must stay away from them to lead a happy and successful life. However being immune to guilt leads to wrong doings. Feeling guilt for wrong doings helps in correcting mistakes. Same time you should not let that guilt over power you. You should clearly understand when you become a victim of guilt and act on that.