Aggression – the road to nowhere 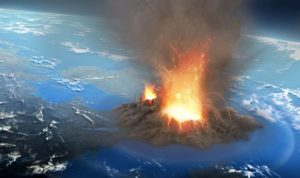 Aggression is the behaviour of a person whose sole purpose is to harm other person physically or psychologically. Aggression always presupposes frustration. What you expect can lead to aggression sometimes. Any interference with goal directed behaviour creates strong motive to harm others. This motive can persist and intensify emotional reactions at later unrelated situations. Stress, poverty and crowding contribute to high levels of frustration, which lead to human aggression.

Many studies state that some dimensions of personality are closely linked with satisfaction and performance. When a person feels not satisfied, it leads to aggressive behaviour in few cases. Examples of the dimensions that decides the personality are being talkative, affectionate, adventurous, gentle, trusting, self-disciplined, responsible, calm, composed, imaginative, intellectual etc. Agreeableness and emotional stability are the main factors, which influence these dimensions. Most of the time highly aggressive people are disagreeable, hostile, suspicious, unstable and emotionally over reactive.

Children do have indirect aggression in the form of lies, friendship with a rival, spreading rumors and ignoring friends. Research studies say that gender differences are present among children from the age of eight and increases through until the age of 15. This continues in adulthood also. In recent findings, even though men show indirect form of aggression as they mature, however women continue to outshine them. This gender related aggressive behaviours are due to reasons like genetics, social roles and hormones.

Aggressive behaviour is not a thing to take lightly. It is very painful when we hear shocking news like individuals are harmed by their own family members or close relationships. People who are in deep depression tend to harm their own family. In few situations, people feel guilty of their own aggressive nature and try to harm themselves. This even leads to suicidal tendencies. Such people think that this is the only way out for them. The main reason behind all these familicide is this frightening instance of aggression.

Violence in work place is rising these days. People become victims of work place aggression in many ways. Few are even becoming victim of murderous attacks. However, less dramatic form of aggression like covert aggression effects more number of employees. Covert type aggression is more verbal than physical. It is passive and indirect. Organizations are going through major changes like downsizing and layoffs. These situations increase the employee frustration. Apart from that, increasing mistrust in manager – employee relationship, stringent office timings, and improper leave policies also generates numerous frustrating thoughts and end up in aggressive outcome.

Aggressive behaviour is not out of hands if you realize the same. At times, sincere apology might solve the issues and reduce the frustration. When you know that you are going to meet a person who will be irritating, you should remind yourself that it is just their personal style and they do not mean to hurt you. Anger and aggression are connected. Watching some entertainment shows on TV, mind engaging hobbies like solving math puzzles, playing cross words can buy you some cooling off period. In that period, anger can reduce. This play a key role in reducing the overt aggression. When people are lacking basic social skills, they do not know how to respond in soothing way rather than inflaming the situation. Such people need to be motivated to learn and understand the basic social skills.